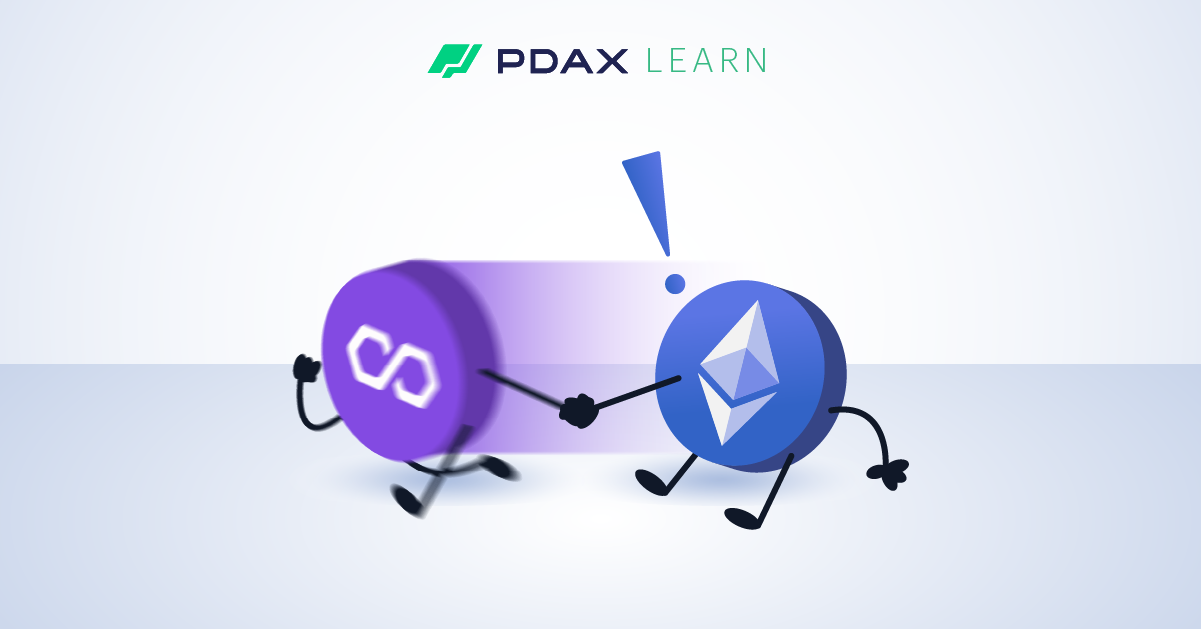 What is Polygon (MATIC)?

Polygon is a sidechain on the Ethereum (ETH) network, developed specifically to address scalability issues that often lead to network congestion and high gas fees for Ethereum users.

As Ethereum is able to only process anywhere between 12-30 transactions per second (TPS), blockchain projects such as Polygon and other competitor Layer-1 blockchains have for the most part, focused on addressing scalability as more and more users adopt blockchain technology.

Though in the early days of the network, 30 TPS was sufficient enough to meet global demand, problems arose as Ethereum grew into the second largest blockchain network (next only to Bitcoin) in terms of market cap, having pioneered smart contract capability for decentralized applications (dApps) which contributed to its popularity. As such, it now normally takes anywhere between 15 seconds to five minutes to process a transaction with ETH–which poses a setback for dApp users.

How does Polygon work?

Formerly known as the Matic Network, Polygon took on the challenge of providing a platform for dApp users to be able to run on Ethereum, but without the congestion issues and the high fees. To achieve this, Polygon deploys an Ethereum Virtual Machine (EVM) which allows it to run Ethereum smart contracts. It also launched a “rollup” technology which allows for multiple transactions to be bundled together and processed at the same time. This system is so efficient that Polygon is able to exponentially increase the network’s processing throughput–by up to 65,000 TPS.

As such, Polygon has been a massive boon for dApp developers and users, with over 19,000 dApps already launched from the platform, with some dApps even opting to migrate from the main Ethereum network and onto Polygon to scale their operations more efficiently and connect with more Ethereum-compatible networks and applications.

What is MATIC used for?

The MATIC token is an ERC-20 token that is used to secure Polygon’s Proof-of-Stake (PoS) network consensus, which is a more energy efficient protocol than Ethereum’s Proof-of-Work (PoW) system which makes use of “mining”. In PoS, users who wish to contribute computational power need only to stake MATIC tokens and in return, get paid with more MATIC for processing transactions.

Simply put, instead of users having to directly pay ETH to miners when they use dApps on the Ethereum mainnet, they can instead conduct their transactions through the Polygon network and pay with MATIC to save on gas fees, but still enjoy the network security provided by Ethereum.

Note: Ethereum recently underwent “The Merge” update or the transition to a PoS system which is aimed at addressing its scalability issues. The Merge is the first step in a series of major updates expected to increase the network speed of Ethereum by as much as 100,000 TPS according to Ethereum founder, Vitalik Buterin.

MATIC has a maximum supply of 10 billion tokens, of which 8.7 billion are currently in circulation as of October 2022. Its current market capitalization is at $7.93 billion.

In the beginning of 2022, MATIC launched its EIP-1559 upgrade, which introduced a burning mechanism to its supply, similar to how a fraction of the Ethereum gas fees are removed from circulation with each transaction, making the supply of MATIC deflationary in the long term.

Ready to start with crypto?

Start your trading journey with PDAX.

DISCLAIMER: The statements in this article do not constitute financial advice. PDAX does not guarantee the technical and financial integrity of the digital asset and its ecosystem. Any and all trading involving the digital asset is subject to the user’s risk and discretion and must be done after adequate and in-depth research and analysis.

PDAX is a BSP-licensed exchange where you can trade Bitcoin, Ethereum, and other cryptocurrencies directly using PHP!